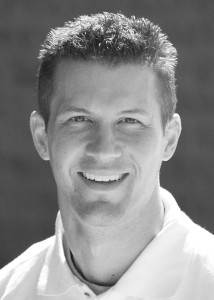 I am currently the President of the International Youth Conditioning Association and the director of the Total Performance Training Center in Wixom, Michigan where I still train athletes every day.  I went to Michigan State University for a BS in Exercise Science and received my MS in Kinesiology from the University of Michigan.  I got my  NSCA-CSCS back in 1995, and did the NASM Certified Personal Fitness Trainer certification back in 1993 when you actually had to go to Chicago and do the whole thing live, in-person. I was the Strength & Conditioning Coach at the University of Detroit Mercy from 1996-2002 and earned the distinction of NSCA Strength & Conditioning Professional of the Year for the Midwestern Collegiate Conference (now the Horizon League) in 1998. I was also an adjunct faculty member at UDM, teaching several courses in the Department of Sports Medicine. I served as the State Director for the National Strength & Conditioning Association for six years, and Regional Coordinator for four years.

I have written three books, produced multiple training videos and authored numerous articles. I’ve been fortunate enough to be a featured presenter at clinics, camps, and conferences across the country. My speed program Ultimate Speed Development has been used all over the world, and my book Ultimate Speed & Agility is considered by many to be the most practical speed mechanics and programming book on the market.  I wrote the Certified Speed and Agility Specialist certification curriculum for the International Youth Conditioning Association.  Along with other coaches, I started blogs about neck training, preventing concussions, long term athlete development, and football training. I also serve as a sports training business consultant to business owners who want to maximize the profitability of their sports training businesses.

I’ve been blessed to have worked with thousands of athletes at all levels of competition (youth, high school, national level, collegiate, Olympic, NFL, NBA, MLB and NHL), and I’ve learned a great deal from all of them.  I have also had the opportunity to consult for many teams and schools including the 2012 NCAA Champions – the University of Kentucky Men’s Basketball Team, the University of Michigan Football Program (combine training) and Saginaw Valley State University football and basketball.

“I really enjoy training with Jim Kielbaso at Total Performance.  He definitely understands what athletes need and his training methods work.  If you get a chance to train with Jim or learn about his training methods, I absolutely recommend you take it.”
Kyle Vanden Bosch
3-Time NFL Pro Bowl Selection

“Jim Kielbaso is great at what he does.  Every time I work with him I feel I feel fast, explosive and well conditioned.  Jim is a very knowledgeable trainer and you should start training with him now.” 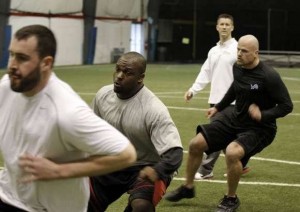 Some of Jim’s past and present clients include: 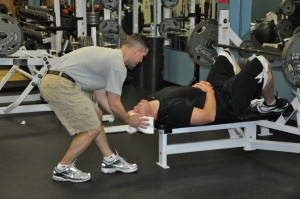 I also prepare football players for the NFL Combine and NFL Pro Days every winter.  Below is a brief video that describes what I offer and a second video that will give you a feel for my combine prep program.    If you’re interested in more information about Combine Prep, please contact me at Jim@JimKielbaso.com.