By Jim Kielbaso on August 29, 2011 in Strength & Conditioning

Something I didn’t have to deal with in the college setting that’s pretty frustrating when working with high school athletes is in-season training. It’s discouraging to see kids work their butts off for several months, only to have their sport coach not take the time to schedule in-season strength and conditioning workouts. A few weeks off, and all the progress that was made in the off-season begins to deteriorate rapidly. When you consider the fact that all it takes is 20-30 minutes, 1-2 days a week and you can maintain or even improve strength levels during a season, this should be a no-brainer. Unfortunately, that’s not always the case. 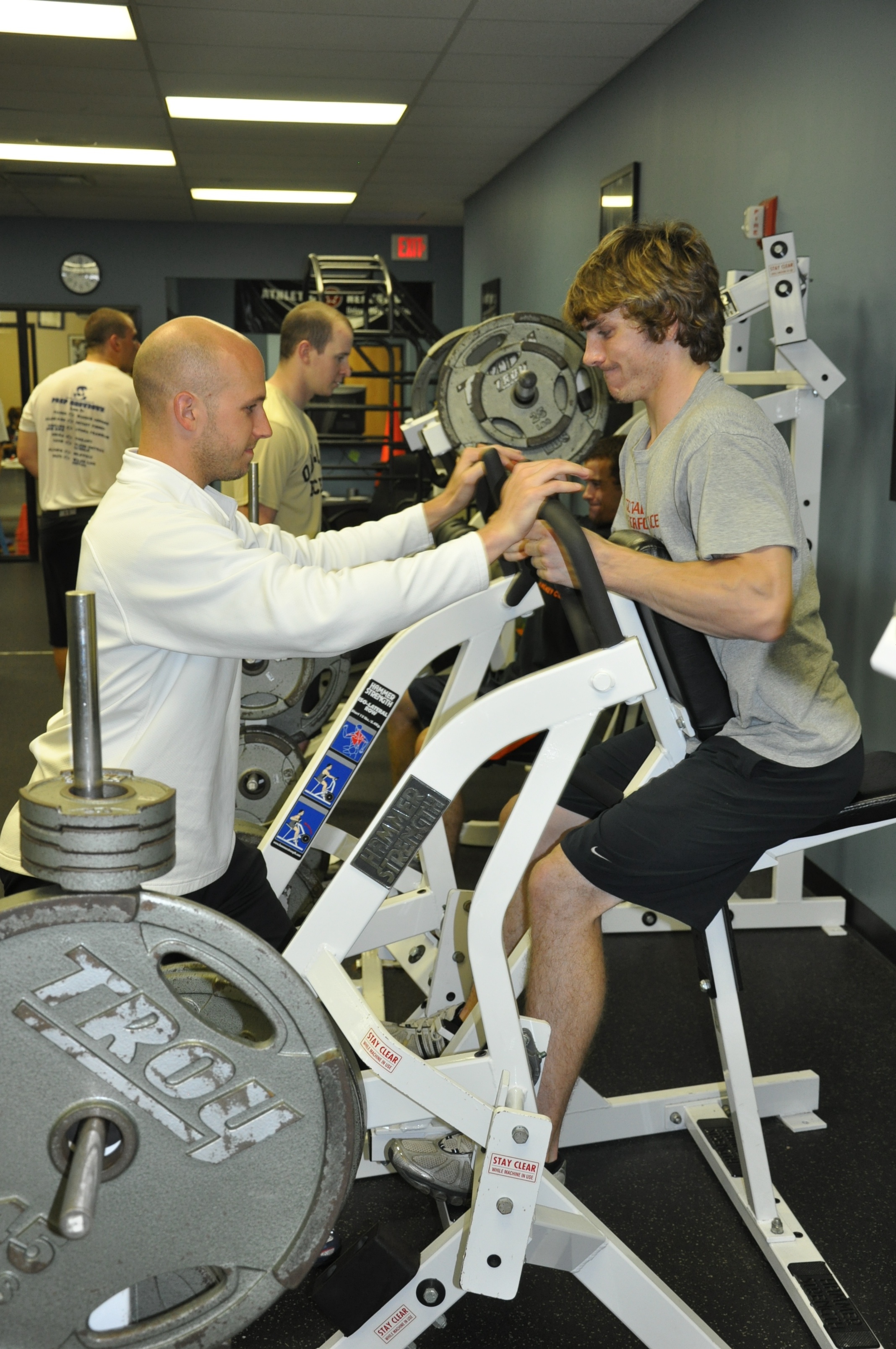 I have been fortunate to work closely with a lot of great high school coaches who understand the importance of in-season training, but I still come across many (and even work with some) who don’t buy into scheduling regular workouts during the season. Ignorance is one thing, but I know that some of these coaches have been educated on the benefits of in-season training. If you know the benefits and asked kids to put in the time/effort during the off-season to train, why would you not set aside the time during the season to maintain strength? That doesn’t make sense to me.

Strength training DOES NOT have a negative effect on skill sports. That kind of thinking is very out-dated, but I still hear about baseball and basketball coaches not wanting their players to “bulk up.” Most kids try for years to bulk up, and it doesn’t happen. Lifting 1-2 days a week for 30 minutes is not nearly enough time to bulk up. The added strength will do nothing but help an athlete.

Hands down, the most successful teams I’ve worked with (no matter what the sport) have continued their strength training through the season.

There are a couple of different approaches that I’ve found work. The first approach is to simply continue to lift hard through the season, but cut down the number of training days/week and manipulate the schedule to accommodate for competitions. In this case, you’ll typically want to give an athlete adequate rest after a strength session before competition. If he/she has been lifting consistently, they are usually capable of lifting one day and competing the next as long as you don’t trash their legs. If they haven’t been lifting consistently, this approach doesn’t work as well because they will not have the work capacity to handle it.

If you’re training football players, it’s pretty easy to schedule training sessions because the games are usually on the same day each week. Sports like basketball, baseball, soccer or track require a little more flexibility in the schedule because the competition days change more often.

The second approach is to continue lifting, but decrease the volume considerably and increase the intensity (i.e. use relatively heavy weight). This works especially well with the lower body. We’ve had success with this format using weights that are 80-90% 1RM and doing low reps during the season. The legs don’t feel nearly as fatigued or jell-o like after doing 3-4 reps with 80-85% 1RM compared to doing higher rep sets, and the heavier weight seems to maintain max strength a lot longer.

For track and field, you would absolutely want to continue training through the season, but strength training seems to be incredibly mis-understood by many high school track coaches. I’ve talked to a lot of coaches who don’t even lift with their team, which doesn’t make any sense to me. Speed and power are directly influenced by strength (not that more strength necessarily means faster athletes as I talked about in my last post), and most high school track athletes are not that strong. It would be very appropriate to substitute one track practice each week with lifting and plyos. In some cases, you might even do that twice a week. It’s not necessary to run hard 5-6 days/week. In fact, I would argue that would lead to over-training and over-use injuries. I’ve seen it happen a million times (well, maybe not a million, but a lot more than is necessary).

I’ve talked to college strength coaches who have reported strength GAINS in-season, and they attribute it to lower volume training done with slow progression. Hmmmm. What a concept! Why aren’t we doing that more often?

These are just some of my thoughts, and I’ve talked about this on www.UltimateStrengthAndConditioning.com before.  I’d like to hear your opinions.  Let me know what you think.

My Strength and Conditioning Blog
How Much Strength Is Enough?