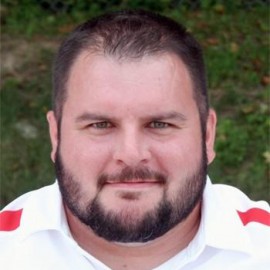 Mark Watts is one of those rare guys who has been a college coach, worked in a business setting, and eventually realized what he was born to do – teach and coach youth sports.  Mark spent years paying his dues, surviving on low wages and learning from great coaches before he finally got his chance to be a college strength coach at Denison University in Ohio.

After many years chasing the “strength coach dream,” Mark accepted what many would consider a dream job as the Director of Education at EliteFTS.com.  During his time at EliteFTS, Mark authored dozens of articles, spoke at conference around the country and hosted the EliteFTS Sports Performance Podcast (which was absolutely fantastic).

With a stacked resume, you might expect Mark Watts to be arrogant and opinionated, but he is a genuine, open-minded, first-class person who is making a huge impact on a lot of kids these days.

One Response to Ep. 25 – Mark Watts: A Coaching Journey