Trying to copy some big time college or professional sports team’s program is common mistake made by high school coaches and athletes.  A while back, I got into in a series of e-mails with one of our members on UltimateStrengthAndConditioning.com about his situation at a high school, and I thought it was worth sharing here on my blog because I think a lot of you will relate. 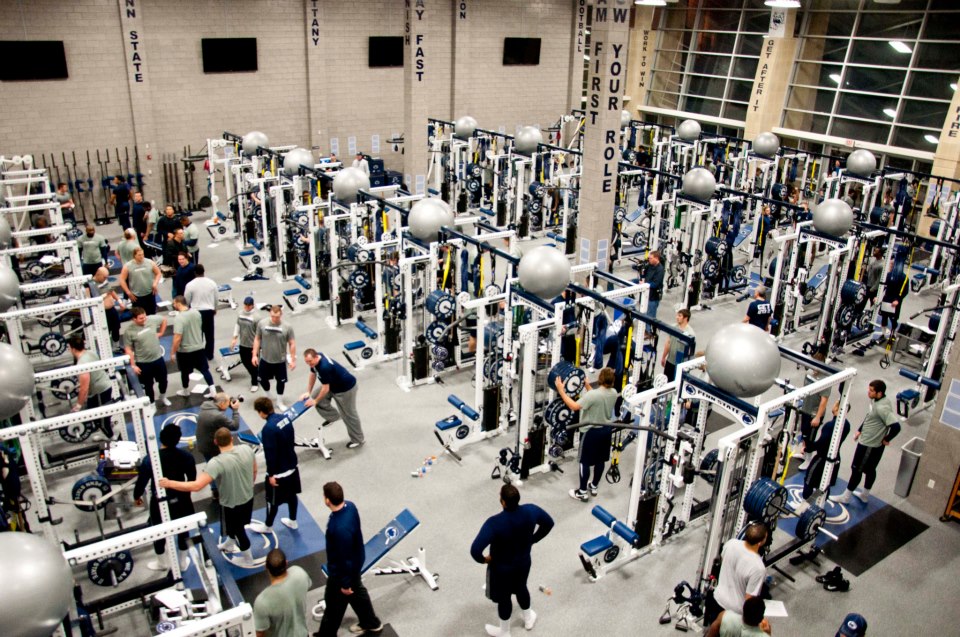 This coach had been asked to implement a strength program for a high school football team, but the football coach started to voice some strong opinions before anything even began.  The football coach felt like he was under serious pressure to win because the team has been average for the past three years.  He told the new strength coach that he likes Penn State’s S & C program and wanted him to implement it.  He also wanted to make sure that each kid was getting an individualized program.

The member explained the situation to me, asked for some advice, and I here is how I responded:

“First, I would explain to him that you can’t copy a college program. You don’t have the staff, equipment or athletes to do it at the high school level.  Second, just because the football coach saw a 5-minute video about Penn State doesn’t really give him a complete understanding of how the full strength & conditioning program is implemented.

I recommend saying that you’re going to take things from several colleges and list the ones he wants to hear – Penn State, LSU, Alabama, etc.  And, if he wants you to run it like Penn State, ask if he’s going to give you everything it takes to run it like Penn State?  Will he have 5 more coaches there every day that will actually help you take kids through their workouts?  Can you demand 100% participation from a kid or he’s kicked off the team?  Can you dog-cuss kids left and right if they’re not doing exactly what you say?  Can you train them all in small groups throughout the day instead of all 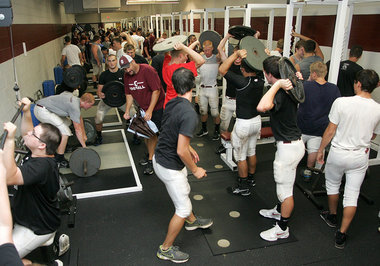 at once before/after school?  Will he stand behind you no matter what?  Can he tell the parents not to ever talk to you so you can focus on doing your job?  Can you spend $500,000 on equipment and blow out the walls of your current weight room to expand to at least 10,000 square feet?  Will there be ATCs present at every conditioning session in case kids go down?

That’s what Penn State, and most major college football programs, has available.  I’m guessing you don’t.  That’s why a high school program just isn’t going to be a college program.  It probably never will be.  More importantly, it doesn’t have to be.

Tell him that you’re going to create a team-wide program, then individualize from there.  There is no need to create a completely different strength program for every kid.  These are high school athletes.  They need BASICS.  So, you create a “workout template” then make adjustments for any kids who need it.  Most kids will be just fine with a basic program, but you have to play politics and say the right things.

The truth that most sport coaches don’t want to hear is that their athletes are NOVICES in the weight room.  Sure, they may need a couple correctives or some tweaking, but most of these kids simply 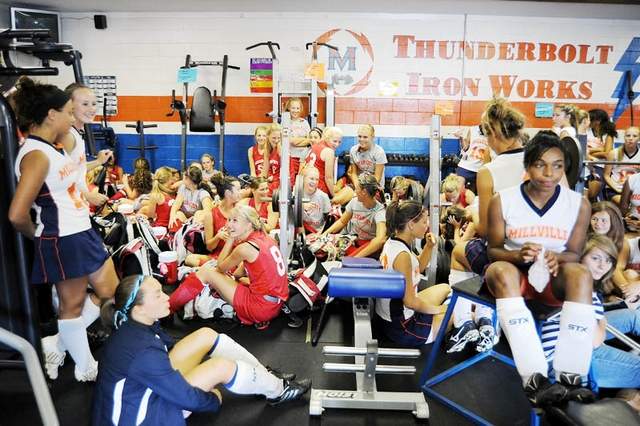 Instead of doing complete individual assessments on every kid, you might want to start with some basic strength testing.  You can get predicted maxes on a couple of lifts, maybe max chin ups, get numbers on vertical or broad jump, 40’s, shuttles, etc. so you have baseline numbers.  You want to be able to document progress, so you need to test them periodically to show that your program is working.

The reality of a high school program is that you have to get the biggest “bang for your buck” and hope for as much support from your coaches and parents as possible.  Anyone who has coached in both college and high school should understand the differences, but it’s obvious that your head coach does not understand what happens in a college program.

I hope this helps.  Feel free to forward it to your football coach if you think it will help.”

I was pleased to get another message from this member several weeks later.  The strength coach had a talk with his football coach, and talked him down from the ledge.  It turned out that the football coach was stressed because he felt like his job was on the line, and he wanted to make sure the kids were getting stronger.  The talk this strength coach had with the football coach reassured him that things are going to be OK and that the program is going to work.  Sometimes, coaches get stressed out and we have to listen and discuss the situation so they understand we’re on their team, and we want to win just as badly as they do.  A conversation like this can go a long way toward establishing a great relationship with any sport coach you work with, and I think this strength coach has done just that.  Once this relationship is established, everyone can work together toward the goal of helping the kids reach their true potential.  Ultimately, that’s what this profession is all about.